A new LCFC TV documentary – History Makers: The Story Of Leicester City’s FA Cup Glory – will be released online this Friday to celebrate the one-year anniversary of a triumphant moment in our Football Club’s history.

Published at 7pm on Friday, the 30-minute feature includes some of the key figures –Brendan Rodgers, Youri Tielemans, Kasper Schmeichel, Wes Morgan, Jamie Vardy and Luke Thomas – as well as contributions from members of the Blue Army who were there on that glorious afternoon beneath Wembley’s iconic arch.

Four-time losers in finals of bygone eras, City fans were delighted at the full-time whistle as Rodgers’ side emerged as 1-0 victors over Chelsea – with several dramatic moments, including a last-gasp disallowed goal for the Blues, along the way in the capital.

SUBSCRIBE now to Leicester City on YouTube. Hit the bell to get notifications on our latest uploads!

Here you will find all the latest videos from Leicester City, including Premier League goals, highlights, behind-the-scenes footage, training and much more. 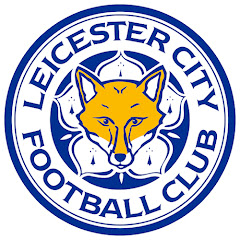 Sadeeke Ricketts
10 дней назад
We need to focus on winning bck the league it would be another wonderful year for us and our manager. Lets go

DazzlingDaz76
10 дней назад
This teaser would be better if you include Aiyawatt Srivaddhanaprabha inside too.

MrM4DD0gg
11 дней назад
Will it include the absolutely embarrassing capitulation to forest in there from this season? Brendan out.

Stephen Boot
11 дней назад
I remember the trips to Southend, Port Vale, Tranmere and so on, we have come so far with our superb owners. We are not going to be pushing the top sides and challenging for trophies every season, that's why those times are so special when we do!

Syncd
11 дней назад
This trophie just belongs to us🦊💙

Danny
11 дней назад
Win it next year too ty

"A Result That We Needed" - Harvey Barnes | Leicester City vs. Norwich City

"We Just Couldn't Break Them Down" - Brendan Rodgers | Leicester City vs. Everton