"Meteor" by @Architects from the album 'For Those That Wish To Exist,' available February 26th

They said we pushed the last domino before the apocalypse

Epitaph Records is an artist-first indie label founded in Los Angeles by Bad Religion guitarist, Brett Gurewitz. Early releases from a variety of punk heavyweights helped launch the 90s punk explosion. Along the way, Epitaph has grown and evolved creatively while sticking to its mission of helping real artists make great recordings on their own terms. 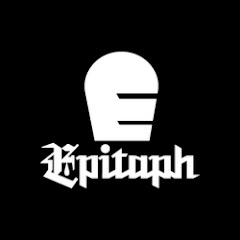 Italian Summoners War
13 дней назад
BMTH soundslike imo but i like it!

Coty Thomas
13 дней назад
I’ve never listened to much of Architects music, I guess I just haven’t spent much time discovering their music. This showed up in my recommended feed. I don’t know why so many people don’t like it. I love this song, it has a wonderful feel to it, the orchestration and vocals are beautiful.
Wonderful song!

Salim Gohan
13 дней назад
Please stop the ACDC type of drum tracks.
Do something as original as "architects" used to do..

Wessteyrn
13 дней назад
One of the best songs the band has ever released.

Byron Tapia
13 дней назад
You guys are changing, Tom we miss you very much

Onimura
13 дней назад
I miss the metalcore/heavy stuff but... oh well , they are cool still. At least its not like all the bands that sell theyselves and make electronic mixed music. Great job guys , love the song

TIMOTHY HALLY
14 дней назад
Sooooooo am I the only one who is getting massive BMTH vibes?? This sounds like Oli. No hate I love Architects and their musicianship/ the way they moved metalcore forward but this sound, sounds familiar.

Savannah Manhattan
14 дней назад
Fans want bands to expand their sound and explore. Then when the band does, they get upset.

TheBigDirty210
14 дней назад
Anyone else getting likin park vibes?

Bharat Verma
14 дней назад
Vibe from this video is just🔥🤍

Matthew Miller
14 дней назад
I like this song. But I wish the last chorus would have been in all harsh vocals.

Flaccid Pancake
14 дней назад
I've heard the entire album a few times (the youtube video is down now but I downloaded, not sharing it) the album is better than I expected. Yes there is exspiremental stuff in it but overall the album is 7 or 8/10, it's better than holy hell imo. Also the features are 🔥. Dying is Absolutely Safe made me cry, so that was the first time a song made me tear up lol

One more thing, Metor is the worst song on the album, not saying it's bad
It's just doesnt live up to the rest of the album

Nevabloom
14 дней назад
Awesome song, BUT what kind of animal goes to bed with his shoes on 2:05 👀

Antonio Crus
14 дней назад
fucking masters , honestly I was expectin a generic video. what i got? fuckin ART

Metal Will
14 дней назад
Black Lungs is a great track but this and dead butterflies just didn’t resonate with me the same way at all. I hope the rest of the album is a bit heavier.

nasta saputraa
14 дней назад
nik where are u?

Sean Daily
14 дней назад
Production levels are fantastic.... Though the new songs all have gone much more of a pop route, which I'm not so happy about, personally. I miss the raw energy of old Architects. I'm al for progress, if it is in fact progress. This new approach seems like a step back in terms of overall song writing.

Sub Zero
14 дней назад
Architects and Normandie is already won for the best albums this year!

Karina Comanescu
14 дней назад
I like whatever they make cause its made with passion!!!!

Kev Biss
14 дней назад
I'm glad they're still around and making music, i'm not just into it anymore with these singles so far.
I wish them the best, more fans, more succes.

i'll stick to the older albums

Marco Huerta
14 дней назад
This hurts more than the raw emotion of the previous 2 LPs. What a downfall

Yazan Sakran
14 дней назад
All the edgy metal fans keep saying "I miss the old stuff", but I'm sitting here saying "damn that's good!!!!".
As a musician I can say keep growing guys; I look forward to your future endeavors 💛

Jack Baldwin
14 дней назад
Yeah nah... this is a hard pass on this album for me ... it’s just to boring... it’s too soft.. their no longer a metal band their a rock band.. shame because they had awesome talent to be a metal band but every metal band seems to be going soft.. happened with asking Alexandria , amity affliction and now architects :/ another great band has fallen.. RIP..

Falling In Reverse - "I'm Not A Vampire (Revamped)"

Bad Religion - "What Are We Standing For"

The Garden - "A Struggle"