Panorama of Mars from Perseverance Rover

This panorama, taken on Feb. 20, 2021, by the Navigation Cameras, or Navcams, aboard NASA’s Perseverance Mars rover, was stitched together from six individual images after they were sent back to Earth.

A key objective for Perseverance’s mission on Mars is astrobiology, including the search for signs of ancient microbial life. The rover will characterize the planet’s geology and past climate, pave the way for human exploration of the Red Planet, and be the first mission to collect and cache Martian rock and regolith.

Subsequent missions, currently under consideration by NASA in cooperation with ESA (European Space Agency), would send spacecraft to Mars to collect these cached samples from the surface and return them to Earth for in-depth analysis.

The Mars 2020 Perseverance mission is part of NASA’s Moon to Mars exploration approach, which includes Artemis missions to the Moon that will help prepare for human exploration of the Red Planet. 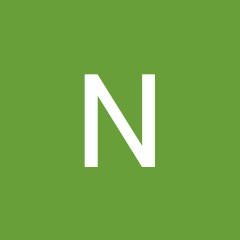 SUJEET KUMAR
11 дней назад
Similar to desert on earth except it's colour.

Poopy John
11 дней назад
I have to wonder, what must it be like being all alone literally millions of kilometres away from home on an empty planet (presumably) with no chance of coming back?

The Dynamic Life
11 дней назад
If we colonize the mars , the planet will make us feel like we are in gta sanandreas game 😅 ( red/orange color everywhere)

raisingindia
11 дней назад
My God this is a huge machine

Grant Bentley
11 дней назад
With previous exploratory rovers, it took weeks for the computers to reassemble the downloaded data and turn it into a realistic image. This one just appeared - the increased access to Mars has increased public interest in this mission.

Richard Louis Newman
11 дней назад
In a day when there is little to feel good about, you make us proud, NASA. Thank you.

rubiks6
11 дней назад
The planet looks just as dead as it looks in every other photo. Congratulations – pictures of dead rocks.

Labir Singh
11 дней назад
This is cool, what about Perseverance records the sound around its surrounding.

X O
11 дней назад
Please remember people from the future my name
Is Adilene :) Hi to the future! :)

Will Kabakjian
11 дней назад
It should have some fences put on it.

Carmelene Clores
11 дней назад
Is that the Sun that appears yellow in the background? Why does it looks so big?

Stephen Carter
11 дней назад
Panorama? Take a standard aspect still photo, zoom in and look from left to right - I was expecting more!
Still, can’t deny - magnificent achievement, looking forward to real panoramas and hopefully that elusive ‘holy grail’ - evidence of other worldly life even though it will dent the ‘holy’ part...!

Frankie D.
11 дней назад
It will be like the before and after scene when a city is built. Hey, it might be named after the landing sites

Gaaza G
11 дней назад
same photos in 1970s nothing changed, waste money, send craft to mars but cannot keep gas and water supplies etc up to people in own country

Fernando Cunha
11 дней назад
Today its just rocks and red soil that nobody wants , but martian real estate value will skyrocket when astronomers discover a giant asteroid heading to earth.