Germany's Chancellor Angela Merkel is visiting regions of Germany affected by severe flooding that has killed at least 156 people.

The disaster area in Germany spans more than 100 kilometers near the border with the Netherlands and Belgium, where the district of Ahrweiler was the worst hit. A massive clean-up operation is underway as rescue crews search for survivors. More than a thousand people are still missing.

The only sound on the streets: Mud being scraped away, and tractors rumbling through the once picturesque town of Ahrweiler.

In Ahrweiler the water has now subsided and it's only now the true extent of the damage caused by the floods is really coming to light. A lot of people are returning to their homes for the first time."

The scenes are devastating for those returning.

Volunteers, family and friends have travelled far and wide to Ahrweiler to help those affected.

They're here clearing homes, or supplying people with the basics.

Many locals right now want financial help from the state: quickly and with as little red tape as possible.

Further north, in Erftstadt, a donation bank at a school has been overwhelmed with clothes and food.

Some locals evacuated from Erftstadt this week are also being sheltered at the school.

For many of those affected, that question could takes weeks, months...if not years to be answered.

While some German towns begin to assess the damage and clean up, others further south are being hit by new flooding. In the southeast, in Saxony, rail lines are closed due to rising waters. A state of emergency has been declared in parts of the state of Bavaria. Across the border in Austria, flooding and heavy rains are causing serious damage.

In the town of Hallein, close to the German border, a flash flood has swept through the streets. People living there had already been warned to be careful, and avoid going into their basements.

Other parts of Europe have also been badly affected by the floods. Tens of thousands of people have been evacuated in southern parts of the Netherlands. And Belgium is also counting the cost: At least 27 people died there. The region around the Meuse river was worst affected by what authorities are calling an "unprecedented" deluge of water.

The floods have receded from the streets of Pepinster - leaving the mud behind. Residents are toiling to reclaim their homes - hoping that the rain holds off. Days of heavy downpours turned this gentle stream into a raging torrent.

Houses along the riverbank overwhelmed by the force of the water. Cars were swept off the roads.

Outside assistance is welcome in Pepinster, but the community is pulling together to get through the worst. The water is on its way out. But it will be a long before things get back to normal. 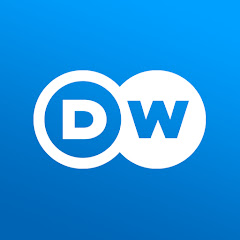 Thomas Jeremy Visser
4 дня назад
It's heartbreaking. I don't live far from there, in NL. We also got hit, but nothing like this. It's nothing short of a pandemonium.

Hope Rules
4 дня назад
What about Belgium and Holland regions? So many affected! God, bring comfort to those who mourn and rescue for survivors.

Carlos dos REIS
4 дня назад
My heartfelt condolences to the people of Germany, Belgium and others who affected by the floods. Stay strong and bless you all!

The TNTsheep
4 дня назад
This is terrible and all, but hunger still kills 9m a year. I wish they reported more on stuff like *that*.

valistrutu
4 дня назад
this is karma !!! be more frendly with bature ,Germany !!!

No One
4 дня назад
Praying 🙏🙏🙏 from Philippines

Condolências for the lost of love one

Dayanand Dhyani
4 дня назад
The final day for all living things in this earth is fixed 22/05/2250. There's routine distraction in the earth . - lord kalki

KC L
4 дня назад
Did the media blame Russia for the devastating effect?

m
4 дня назад
So the stealed blood covered money from people of colonised countries couldn't help Germany to prevent such devastation... İnteresting... These all show there is a supreme force who has real justice. May people turn away from their false actions and may Allah ease the main of those innocent affected people.

gismon philip
4 дня назад
Now the west understood the impact of climate change.when this was happening frequently in Asian and other poor nations the ignored the importance of fighting climate change. this is just the beginning...

K.W. Matterhorn
4 дня назад
CHINA and RUSSIA being hit by global warming as well? I wonder...

Endrit
4 дня назад
This is such a tragedy. But looking how people are helping each other is heartwarming!

Wistbacka
4 дня назад
My condolences to all the affected families and people in these areas. I wish you all the best and that the cities will be fixed as soon as possible (even if it will be a looong time).

6:54 The woman next to Armin was laughing out loud. But I guess she's okay. 🤔 Perhaps not the best timing to crack a joke, but that is also an age old defender mechanism humans have had when dealing with disaster.

Vic Mac
4 дня назад
No body will help you're the saviour of yourself.

Agnieszka Mac
4 дня назад
Group of men including my husband spend weekend helping to clean up as much as they were able. They dive from nederland

ClassicExampleBand
4 дня назад
Another weather event that can be blamed on global warming...

Km Makro
4 дня назад
Climate change is real! Is hitting us hard and we have to act!! Big Companies need to reduce their CO2 emissions today!

DonVikolCorleone
4 дня назад
Germany took over milion of migrants.I'll bet they will help a lot

Paul the tall one!
4 дня назад
We are moving towards the end times...

Loreto Hontarciego
4 дня назад
My prayers for all the people who have been affected severely by the flood. Hoping for their immediate recovery from the catastrophe.

Kasey C
4 дня назад
Where are they even going to put all the mud and debris?

Randy Man
4 дня назад
It's a good chance they were H.A.A.R.P.ed just like Texas was in Feb and California is constantly with the lack of rain manipulation.

MELODY MUNRO
4 дня назад
In our prayers - cheers from Australia

Crystel Luke
4 дня назад
my hearty condolences .Wake up Europe and world its time to turn to your God.its time to turn to Jesus.If you asked many they will say i don't have time for God i have my life to life.Death is sure as life after death.Turn to your maker.Only him knows tomorrow not the government,not the weather services.Repent Jesus is coming back

Destiny Esu
4 дня назад
You see upon all of this that God is try to show his people. Yet still men still think that they own their lives and the world. Repant and shall be saved. When the prophet warn them they didn't listen now that the problem has come. they think that they can give solutions. No way you can never bring solutions on the problem cause by God, no man on earth can stop it is only God that knows the way out. may God have mercy on his people

Kim Haughton
4 дня назад
My heart goes out to the people of Germany. So tragic! 🙏🙏🙏

Dance your 💜 out to #PermissiontoDance 💃🕺 Only on YouTube #Shorts

Beirut explosion: What happened and who is responsible? | DW News

How to restart tourism during a pandemic? | COVID-19 Special