Only 24 hours left until Audi 2020 MLS Cup Playoffs soccer. Andrew, David and Charlie start the show with big news: one of them is the owner of the professional soccer team … guess who! Then it’s on to the Eastern Conference bracket, where Nashville SC is the subject of “lazy narratives” and Inter Miami have nothing to lose and everything to gain from a postseason run. Plus, Orlando City’s Daryl Dike joins the show to talk about his path to MLS, his favorite strikers of all-time and a looming international decision between the US and Nigeria. Plus, reactions to the Houston Dynamo’s new crest, Austin FC’s first jersey and Ken Griffey Jr., the Seattle Sounders owner. 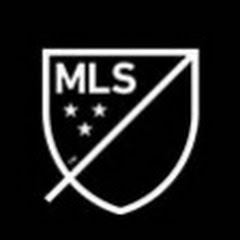 Tyler Connors
5 дней назад
Charlie is right. Anyone who has been watching the Revs consistently this season can tell you Kessler has been our #1 CB despite this being his rookie season. His 1-on-1 defending has been mindblowingly amazing at times. His ceiling is super high and I am hoping we can build our backline around him in the future. Great episode, guys!!

Adzter 96
5 дней назад
Pedro Gallese being allowed to play is a massive thing. Rowe has been decent this match but Gallese is one of the league's Best and he has the understanding with our back 4 more than Rowe does.

Adzter 96
5 дней назад
Orlando's gonna look to dominate the first 15-20 and just hold the ball we always do we might just let the back 4 have it mainly for a minute or two until an opening comes (Nani finds some space and Jansson does one of his cross field pings to near NYCFCs box for Nani). We only sit back the last 20 mins or so when we're leading.

Adzter 96
5 дней назад
31 debuts because Mueller better get a callup next camp especially if it's an Americas based camp but even if not his performances this season deserve a callup.

Forever Verde
5 дней назад
One of the best podcast episode this year!!!

Marty D
5 дней назад
The Revs could use a rebrand!


Okay something i want to said to Inter Miami fans:

AMONG US в реальной жизни!

Who will step up and be the X-Factor? | Audi 2020 MLS Cup Playoffs Pregame Show