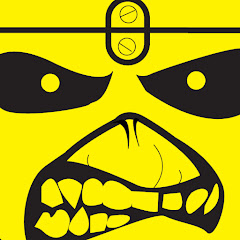 Andrew Burley
2 месяца назад
This reminds of that freinds episode where Ross war leather pants and sweated through them and he couldn't get them back on again and resorted to using baby powder. This is why you don't where leather pants when it's hot.

Javier Suárez
1 год назад
I want that bottle of trooper beer.
PSA: Nicko is not having a drink because he is a born against Christian and has given up on drinking. Good for Mr. Mcbrain.

Максим Ох
2 года назад
in 1853 Franco-British invaders came from thousands of miles away from their France and England to the shores of the Crimea and tried in 1854 to capture the Russian Crimea - for them it was over "Balaklava meat grinder" and the destruction of the flower of the English aristocracy in the composition of the light brigade at Balaklava "Valley of death" ( as they later called it a massacre).
For the whole of England and the bandit family of Windsor, this day has become and still remains a terrible tragedy and a disaster all blatantly monarchy. Blatantly it was filmed, written historical works and tragic poem by Tennisonom and other Anglo-stihoplyuy.
Half a mile in dust,
Uncontrollably forward,
In Death valley
Jump all the six hundred.
— Brigade, forward!
— Guns! – Lord commands.
In Death valley
Jump all the six hundred... Alfred Tennyson
Even today, the British rock band "Iron Maiden" has a song "The Trooper" dedicated to this tragedy of the British lords, peers and Sirs in the Balaclava valley. The composition "The Trooper" of the fourth Studio album heavy metal band Iron Maiden Piece of Mind is dedicated to the British tragedy - the Balaklava massacre. The lyrics describe a failed attempt to attack the British cavalry brigade through the eyes of a British cavalry officer who dies from a Russian infantryman's shot.
25 Oct 1854. (new style) Russian detachment under the command of General Liprandi made an attack on progressive strengthening of the British and the Turks in the valley of Balaklava. After a short battle , the bayonet and hand-to-hand fight, the Turks and the British are cowardly and shamefully fled. The Russians captured 11 British naval guns, methodically shooting Sevastopol.
The remaining British and French troops hurried to their aid. The situation has stabilized, some balance has come. Russian troops occupied the heights on both sides of the Balaklava valley, and in General their position resembled a horseshoe. That's just inside this "horseshoe" and sent the chief of the British army Lord Raglan their elite troops – a brigade of English cavalry, consisting of the English aristocracy – with orders to recapture the captured Russian guns.
Lord Raglan's order was accepted by the immediate commander of the cavalry brigade, Lord Cardigan, and the infamous attack was carried out.
In 11 hours and 10 minutes over 670 riders of the light brigade of the British aristocracy tried to attack forces of the Russian army and in a few minutes was destroyed by Russian gunners and cavalry. British attack was undertaken under the cross-fire of the Russian artillery, and on the way back, fled in panic of the British was pursued by another Russian cavalry.
At 11.35 it was over for the British lords and Sirs of the light cavalry....
The stunned French General Bosque, who was watching this drama, exclaimed: "It's great, but it's not war, it's madness and the destruction of the English aristocracy!".
Russian General Liprandi at first could not believe that all the British officers were not drunk....
Of the 673 British cavalrymen, lords and Sirs, who tried to attack the Russians in the Balaclava valley, only less than 150 were able to escape and get out of there alive. Also fell on the battlefield about 500 magnificent horses.
In the bitter opinion of the commander of the cavalry division Lord Leken, killed the best brigade that ever left the coast of England. At the same time Balaklava valley, where the battle took place, in English history began to be called the "Valley of death".

mdwm
2 года назад
so when you're waiting for the next six pack, you down six more of the red and black

Killer Clown
2 года назад
My Best Experience in Saku 2018- Estonia! You Are The Best!!!!! I Wish You Long Years!!!!! Thank You Really Very Much For This Super Show!!!

Feelgoodhitofthesummer
2 года назад
Whenever I see Bruce in that outfit I can't help but be reminded of Jerry Seinfeld in the Pirate shirt.

Alejandro Ramirez
3 года назад
Their very own beer? I'd like to try that

susanne williamsson
3 года назад
I SALUTE you, and I would gladly drink a beer in you honour, I was first to the barrier the night before, and in spite of two broken ribs and hurrendous bruises, I Will Be There Again......NOTHING could EVER keep me away.......once a Maiden, always a Maiden !!

Starchaser
3 года назад
It would be more awesome if he accidentally dropped it....

Peteng 13
3 года назад
Up the irons from Houston Texas!

Paul Goold
3 года назад
I was there on that night. It was my son's first Maiden gig. He loved it.

Ignacio Martinez
3 года назад
Líke one of that yeaahh cheerss....

Thiers Fagundes
3 года назад
I remember Rock in Rio 2013 when Bruce Dickinson drank his The Trooper beer live but the sponsor of the event was a beer of another brand. I was there. It was Ilario. Even more reminiscent of the memorable album Seventh Son of a Seventh Son.

Funnybits Boi
3 года назад
I Was there on the night and what a night it was. Thank you Maiden you was awesome as always 🤟🏻

Tyler Ford
3 года назад
left out the bit where he said "the tubes fucked, might as well stay here all night drinking" i was there lol

Scott Swan
3 года назад
where'd you get those strides Brucie boy ????
asking for a friend 🙄

Scott Swan
3 года назад
where'd you get those strides Brucie boy ????
asking for a friend 🙄

Adam Kordina
3 года назад
Thanks for this great tour. You were fucking brilliant in czech republic. Up the irons 🤘

1956willys4x4
3 года назад
Ok guys now its time to announce the US tour next summer.
Up the irons

The Bearded Bobber
3 года назад
Was in Newcastle , thank you maiden !!

Ems Hoggz
3 года назад
I was there and the show was amazing! Visuals and sounds were on point!👌Best concert I have ever attended!

keefriff99
3 года назад
God, I love these guys. May they continue touring and making music for many more years.

Eduardo Nuñez
3 года назад
Where can I buy the Trooper Beer? You gained a new subscriber, Iron Maiden the best band ever
Up the Irons!!! 🤘🏻🤘🏻🤘🏻🤘🏻🤘🏻
Saludos cordiales desde México

TheKarsten75
3 года назад
Shut up!! DOWNLOAD 'Legacy of the Beast' on stage or bust!!!

Dude of Valor
3 года назад
What a night that was. Hope they release this tour onto CD/DVD and it be from this night!

Does it makes you bigger fan more special than everyone else?

Iron Maiden – The Writing On The Wall (Official Video)

Iron Maiden - A Message From Bruce